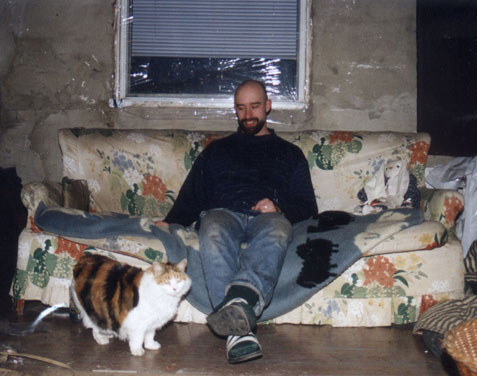 When Chris was a child, his mother had a difficult time getting him to come back inside. This was a little unusual because in Wisconsin, where he grew up, the winters were long and cold. When they would visit friends' farms she would have to drag little Chris out of the barn, where he was trying to hide with the animals, hoping to stay through the night.
One time Chris managed to give her the slip, and hid in the doghouse with the dog. A bit after dark, she finally stopped looking and went back inside. Earlier in the week they had been to the library and had checked out some French, German, and Japanese language records. Even though Chris couldn't understand them, it was so much fun for him to sit and listen to these records. They were the only things that kept him still and in the house.
Knowing the records were irresistible, Mom got him back in the house that night by playing the Japanese record in the window.

This was the beginning of Chris' personal Synesthesia.